Popular Nigerian comedian, Zicsaloma is one of the numerous acts on social media that are making a lot of money from their careers.

The young man in a recent post addressed people who do not acknowledge the hard work young people do online to become financially buoyant.

Taking to his Instagram story channel, the comedian expressed sadness over the fact that a lot of Nigerians think rich young people get money through illegal means. 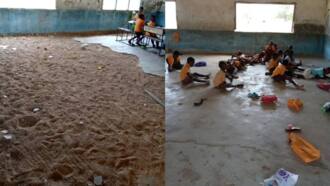 Photos showing school with no chairs and desks, children sitting on the floor break people’s hearts

There are other ways to make money

He however noted that he is not ruling out the fact that there are indeed young persons doing illegal business, but if the mentality that it is all of them continues to thrive, it would make others indulge in it.

Zicsaloma advised people to channel energy into finding out non traditional and ways of making money as there are many investment opportunities.

He also noted that there are other online opportunities to get romoneym which are not government or oil company jobs.

Zicsaloma is really doing well for himself and raking in money as he became a landlord weeks after buying a Benz. 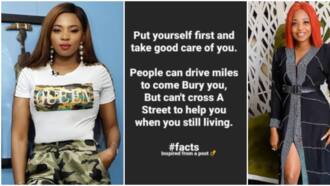 Woman calls out Zicsaloma and other crossdressing comedians

The businesswoman called out some of the most popular ones and asked comedians, Zicsaloma and Oluwakponeski to display their talent in their own gender if they can.

According to Brenda, crossdressing comedians were exploiting women and reinforcing characters that are not true to female folks.