A kindhearted man with the TikTok handle @Turkcooper has given out a brand new car to his dream lady despite the fact that she had rejected his proposal to marry her.

Telling the story in a video shared on his personal profile, the gentleman who referred to himself as a sucker had the lady blindfolded as he led her to the car as a big surprise. 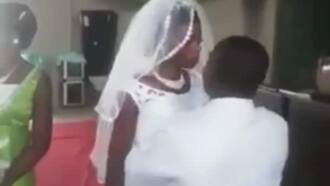 The lady was happy

Although she turned down his proposal, the lady gleefully received the car with joy and immediately hoped in for a test ride in the video.

It’s quite rare for people to still go-ahead to do such for their loved one, especially after a proposal has been made and didn’t go through.

A woman made her man feel special

Meanwhile, Legit.ng earlier reported that a Nigerian lady identified as Adigun Adekemi Christy took to social media to disclose that she bought her husband a car and completed their house in 2020. 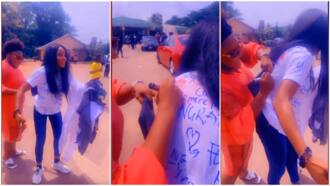 “I surprised hubby with this car last year and also completed our house. He was so happy when it happened! All the praises to God!”

Reacting, a Facebook user identified as Aishley Folake Aremu, wondered if the lady’s husband will be happy seeing the post on social media.