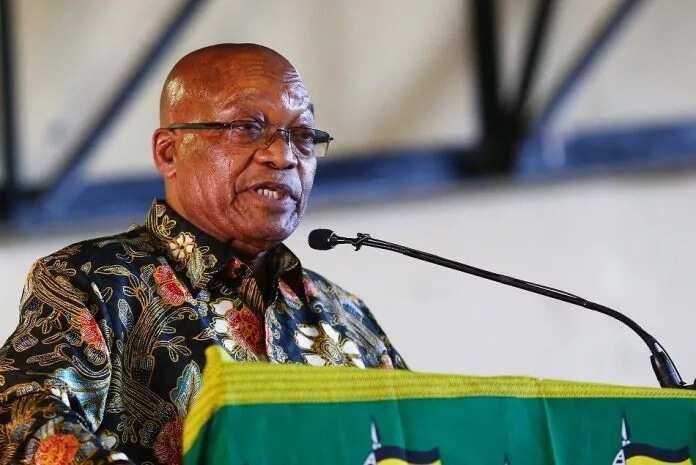 In compliance with a court ruling, a former South African former president, Jacob Zuma, has turned himself in to police to begin a 15 months jail sentence.

Reuters reported that the police spokesperson Lirandzu Themba, confirmed in a statement that Zuma was in police custody, in compliance with the Constitutional Court judgment.

The Constitutional Court had handed Zuma the jail term after he failed to attend a corruption inquiry.

The sentencing sparked an unprecedented legal drama in South Africa, which has never seen a former president jailed before.

Zuma who initially refused to hand himself in later rescinded his decision.

The BBC reported that his daughter, Dudu Zuma-Sambudla, later wrote on social media that her father was “en route [to the jail] and he is still in high spirits”.