A young student, Dominique Kemp, has made history as the first Black person to earn a PhD in mathematics from Indiana University (IU), Black Enterprise reports.

The Lansing, Michigan native, homeschooled as a teen, bagged his first degree in Mathematics from Stanford University before pursuing his PhD in the same field.

While he was a student at Indiana, there were no Black professors in the field, and he was the only student enrolled in the university during his last three years in the programme, he said. 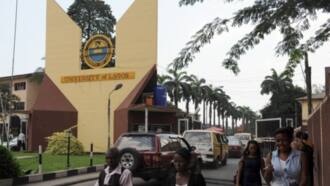 ”I was the closest the students got to having a Black Mathematics professor here at IU when I was an associate instructor. In 2018, I believe, I became the only one in the Mathematics PhD programme when the last of the other two Black students departed from the programme,” Kemp recalled.

Last month, Kemp made history as he graduated with his doctorate, becoming the first Black student to earn a PhD in Mathematics from IU.

Now, he wants to inspire the next wave of mathematicians.

”I think a lot of students don’t go into math because it seems daunting to face the spectre of isolation, but I can play a part now that I have a degree. I want to create more awareness of Theoretical Mathematics because I think it made it harder for me because growing up, I had no idea there was such a thing as Theoretical Mathematics research,” Kemp said. 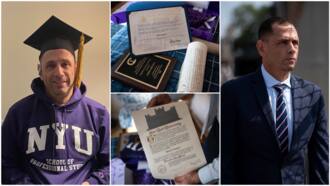 Man who was pardoned and freed from prison wins in life, bags degree with 3.9 CGPA, Barack Obama reacts

Kemp, who is planning to continue his work as a Mathematics researcher, is heading to the University of Wisconsin for the next four years before taking a postdoctoral position at Princeton’s Institute for Advanced Study in 2023.

Meanwhile, Legit.ng earlier reported that a Nigerian woman, Itunu Grace Akinwande, became a “celebrity” online after she announced on her LinkedIn page that she bagged PhD in mathematics from Universität Osnabrück in Germany.

A mother of two, Itunu said it was not an easy journey as she had to balance parenting with schooling.

She, however, added that the big support she got from everyone close to her made the whole task bearable. According to her, her supervisor was really helpful.