Tavares, primarily a left-back, arrives at the Emirates as a back-up for Kieran Tierney, who recently signed a new long term deal with the North London club.

The Gunners made the official announcement of Tavares’s signing on their official website on Saturday, July 10.

“Nuno’s arrival will give the squad extra strength and options in defence, particularly with this energy on the left side of the pitch. We look forward to Nuno’s arrival soon, his integration into the Arsenal family and playing in front of our fantastic supporters.” 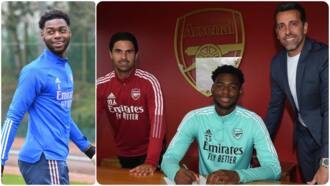 At Arsenal, Tavares will wear the number 20 shirt.

He rose up the ranks at Benfica’s youth system where he eventually progressed to the first team after making his debut for the Benfica B team in 2018.

His first appearance for the first team came in 2019 in the Portuguese Super Cup win over Sporting Lisbon.

In the last two seasons, Tavares made a total of 25 appearances for Benfica and was in the match day squad for the team’s last 32 tie in the Europa League last season.

The arrival of Tavares could mean the end of the line for Sead Kolasinac, who is rumoured to be on the verge of termination of his contract at Arsenal.

Kolasinac, according to Sportsmole, is not in Arteta’s plans and the manager is considering cashing in on the defender, one year to the end of his contract. 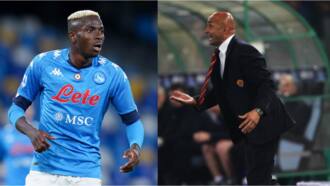 Okonkwo has been with the club since the under 9 level and signed as a scholar in 2018.