Popular Nigerian singer and billionaire daughter, DJ Cuppy has taken to social media to react to claims that she was responsible for England’s loss in the Euro 2020 final.

Cuppy is a great football lover who goes all out to show support for her favourite teams, and she chose to support England in the match against Italy on July 11. 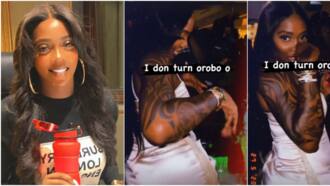 You can put the blame on me

Taking to her Instagram story channel, she shared a post from a young man who claimed that the Jollof on the jet crooner carried the jinx from the previous club she had supported to England.

The singer simply accepted the blame and revealed that she would do anything to protect her black kings who played in the match.

Seeing as it appeared that it was the black players on England’s team that cost them their victory, the singer also addressed the issue.

Gelato crooner DJ Cuppy was one of the celebrities that was shaken by the sudden death of Sound Sultan. The billionaire daughter took to her Instagram story to talk about the brevity of life. 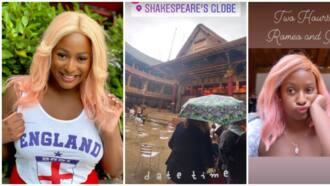 Cuppy noted that at 28, she is just realising that life is too short to be unhappy.

Advising her fans and followers to make the best use of their life, Cuppy urged them to have fun, learn, take chances, let go and face forward.