The special Adviser to the Taraba state governor on Political Matters, Alhaji Abubakar Bawa, has berated the All Progressives Congress for criticising his principal, Governor Darius Ishaku.

Bawa said this in an interview with journalists in Jalingo on Sunday.

He spoke in response to a press conference by the Taraba State Chairman of APC, Alhaji Ibrahim El-Suldi, who accused the Governor of lying about his achievements in the state.

The Special Adviser said, “Ordinarily, I wouldn’t have reacted to the claim by Abuja based politicians who have lost touch with home, regarding their accusation that Governor Darius Ishaku lied on national television over his achievements in the state. 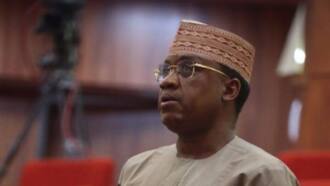 OPINION: Why you cannot push Marafa aside in Zamfara by Dahiru Samaila Mafara

“El-Suldi and most of APC leaders in Taraba are Abuja politicians who only come home during elections, and as such, they have lost touch of development at home. In fact, most of them have not visited their electoral wards in the past two years.

“In El-Suldi’s village in Gashaka Local Government, the Governor has renovated the health centre there and is one of the best primary health care centres in the state.

“There is no electoral ward in Taraba today that has not benefitted from the Governor’s intervention either through road construction, water, education and health among others.

Meanwhile, Nigerians have been accused of misplaced priorities. According to the speaker of Taraba state House of Assembly, Professor Joseph Albasu Kunini, lawmakers are often criticised for not building infrastructure in their constituencies.

Kunini argued that assessing legislators based on their projects only exerts unnecessary pressure on them. have the constitutional duty of making laws and nothing else.

Kunini argued that assessing legislators based on their projects only exerts unnecessary pressure on them. Kunini said this on the sidelines of the meeting of presiding officers of the Nigerian legislature in Abuja.

Also, the Taraba state government has been accused of not obeying a court order. As a result of this, the court has ordered a company to seize vehicles belonging to the government.

At the time of filing this report, the company, Waterwells N.A International, had already seized 15 vehicles of the government.

Presidency predicts what will happen to PDP before 2023 general elections

Meanwhile, the presidency said the main opposition party in the country may become empty before the 2023 general elections.

The special adviser to the president on media and publicity, Femi Adesina stated this on Thursday, July 8, in a piece titled, ‘Speaking to PDP in the language it understands.’ 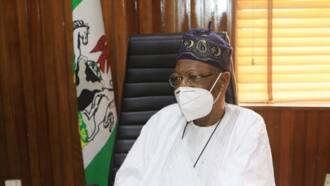 Adesina said the PDP is being spoken to in the language it understands, adding that it is screaming blue murder.