Comedian Abisi Emmanuel Ezechukwu aka Nasty Blaq is known for his relationship-themed videos but not many know that the comic star has a special woman in his life.

Nasty recently took to his Instastory channel and allowed his followers to satisfy their curiosity during a question and answer session.

One fan asked the funny entertainer if he is currently in a relationship and Nasty wasted no time in spilling the beans. 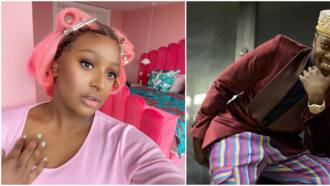 Nasty responded to the question with a video showing the moment a pretty lady approached a car and tried to get inside.

He also accompanied the post with a caption stating that he cares about the lady in the video.

Fans and other social media users who came across the video couldn’t help but gush over it. Some others also noted that the lady shares a semblance with BBNaija’s Tbaj.

Read some comments sighted below:

ricky_femi_regal said “I care about someone”. No forceful possession or anything.”

“He purposely did that q&a for that question he is very cheeky that was the only question he answered.” 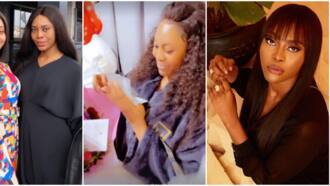 Some weeks ago, Legit.ng reported that an episode of the BBNaija Lockdown reunion show highlighted the relationship between Dorathy, Tolani Baj and Prince.

Dorathy gave a lengthy explanation about how she always wanted Prince to be clear about the nature of his relationship with Tbaj but he never did.

Tbaj, on the other hand, narrated her version of the story and how she once spotted Prince and Lilo ‘getting involved’. When asked to tell his side of the story, Prince talked about Tbaj requesting for a million naira as a birthday gift and how they never dated.