FCT, Abuja – A group known as International Human Rights Commission, IHRC, has cleared Nigerian and Kenyan authorities of diplomatic breaches in the arrest and repatriation of the leader of the Indigenous People of Biafra, IPOB, Nnamdi Kanu, to Nigeria.

At the same time, the IHRC has admitted receiving no fewer than 25 petitions from individuals and groups worldwide in respect of the IPOB leader, who is to stand trial over an alleged treasonable felony.

The group said in a statement published by Vanguard newspaper, that majority of the petitions, which came from Nigeria, urged it to conduct an independent inquiry into human rights violations and possible breaches to established international and regional diplomatic protocols.

The statement which was signed by one Evans M. Mutavi, said that it accordingly, conducted an independent investigation into the matter and found out that there was no violation of Kanu’s human rights in the events leading to his re-arrest and repatriation to Nigeria.

Part of the statement read:

“The IHRC is committed to safeguarding the rights of citizens across the globe in line with the organization’s core mandate.

“The commission upon investigation is unable to establish a case of human rights violation of Nnamdi Kanu in Kenya by the special police forces.

“The commission is convinced that the Kenyan government played no official role in the event that led to Nnamdi Kanu’s arrest. 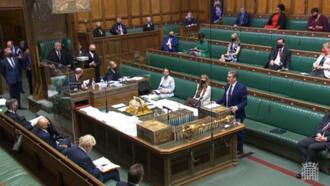 “The commission expects the Nigerian government to follow up the trial of Nnamdi Kanu in line with the country’s laws and respect to human rights.

“The commission has resolved to monitor the trial of Nnamdi Kanu to ensure his human rights are not violated by the Nigerian government.”

Meanwhile, a report by The Punch newspaper indicates that Kanu may remain in the custody of the Department of State Services until September.

According to the report, judges of the Federal High Court begin their annual vacation on Monday, July 26, the date slated for the hearing of his case.

The judges’ vacation will last also till Tuesday, September 17 according to a notice issued by the chief information officer of the Federal High Court, Catherine Christopher.

In a related development, the Cameroonian government has congratulated Nigeria over the rearrest and extradition of Kanu. 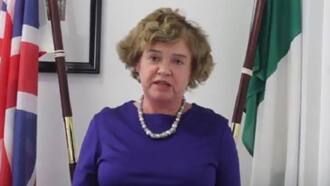 Felix Mbayu, a special envoy from President Paul Biya of Cameroon, congratulated Nigeria when he was received by President Muhammadu Buhari in Abuja on Tuesday, July 13.

He said Biya looked forward to a situation in which Nigerian territory would not be available for the Ambazonian movement to destabilize Cameroon.

Amechi said Kanu should be assumed innocent until he is found guilty by a court of competent jurisdiction.