The people of Imo state have earned the praise of Governor Hope Uzodimma. This is for their understanding of the efforts of his administration towards the restoration of peace in the state.

According to him, the peace being enjoyed in the state was also as a result of their ceaseless prayers, Encomium reports.

He disclosed this at the Government House Chapel on Sunday, July 11.

According to him, Imo leaders are partners in progress who believed in his leadership. 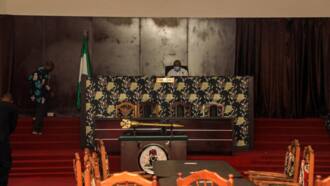 Governor Uzodimma also said his administration, following visitation to all the 27 local government areas state, had taken note of their demands, both political and non-political, and “will deal with them accordingly.

“I must thank our leaders, captains of industries and all who came in from outside the state, despite their busy schedule, and sacrificed to be part of the local governments’ visitation. I have taken note of the sacrifice and love for our dear state, and promise that we will not disappoint your reasonable expectations.”

Imo governor sympathizes with the families of the victims

Uzodimma made some donations to the family members of the officers and men of the Nigerian Army 34 Artillery Brigade and their counterparts in the Nigerian Air Force 211 Response Group who lost their lives in defence of the state recently.

The governor who went on a solidarity visit to the Imo state army command, 34 Artillery Brigade, Obinze, said: 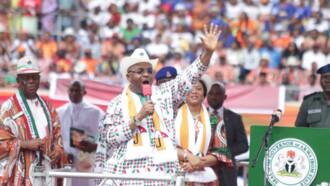 “I’m not only here to give solidarity to our military but to encourage and sympathize with the families of the victims during the insecurity crises in the state.”

A statement sent to Legit.ng by the Imo government, noted that Governor Uzodimma gave assurances that his administration is on the track for a long-lasting solution for peace and security in the state and will not be deterred by some setbacks encountered.

He maintained that Imo state despite recent security skirmishes will continue to be a good and worthy host of the country’s military.

Legit.ng had earlier reported that Governor Uzodimma unravelled plans of establishing an insurance policy that will help boost the morale of security operatives serving in Imo state.

The governor disclosed this when he paid a condolence visit to the Imo state police command on Tuesday, June 15.

He also expressed sadness over the murder of security operatives on duty by unknown gunmen in the state.