Miriam Olusanya has been appointed the Managing Director of Guaranty Trust Bank as Segun Agbaje exited the lender after over ten years in the position.

Olusanya took over GTBank after the restructuring of the lender which became a subsidiary of the newly incorporated Guaranty Trust Holding Company.

Prior to her appointment, Olusanya was the Executive Director of GTBank, a position she occupied since 2018 after joining the financial institution as an Executive Trainee. 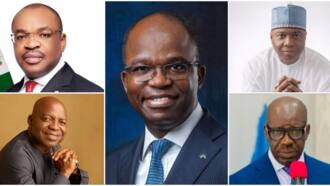 She has served in the banking industry for 23 years, holding several top positions in GTBank Nigeria. The banker currently holds a Non-Executive Director spot on the board of Guaranty Trust Bank Limited in Gambia.

GTBank dragged to court by Innoson

The automaker owned by Innocent Chukwuma, is demanding that the financial institution pay it N32.87 billion before GTBank completes its restructuring.

The amount has risen to N32.87 billion due to interest incurred. Innoson is also seeking for the court to stop the re-organisation of the lender.