Governor Sanwo-Olu in a statement issued by his Chief Press Secretary, Gboyega Akosile, described Osoba who clocks 82 on Thursday, July 15, as a Democrat and good ambassador of the All Progressives Congress (APC).

In the statement sent to Legit.ng on Wednesday, July 14, the Lagos state governor commended Aremo Osoba for his commitment to public service, describing the renowned journalist and politician as an epitome of honesty, dedication and service, who used his elevated positions for improvement of the people in his spheres of influence. 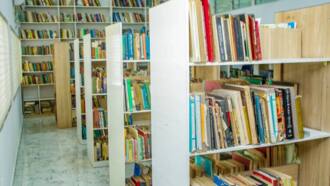 “Chief Olusegun Osoba is a true democrat and member of the progressive camp, who has been playing active roles in party politics and governance in Nigeria. He was one of the performing governors who delivered dividends of democracy to the populace during the days of Social Democratic Party (SDP) and Alliance for Democracy (AD) in the South-West.

“Aremo Osoba’s selling point is not only in politics but journalism, his chosen profession. He made remarkable contributions to the media industry as a respected journalist and media manager. He used the power of the press to influence positive changes in the country’s social and political landscape as a reporter, editor and managing director in different media organisations.”

Meanwhile, Governor Sanwo-Olu has also congratulated the former national legal adviser of the APC and former member of the Lagos state House of Assembly, Babatunde Ogala (SAN) on his 60th birthday.

Sanwo-Olu while congratulating Ogala on his 60th birthday described the former lawmaker as a worthy citizen of Lagos state who has distinguished himself in the legal profession and legislative business with a high level of professionalism and integrity.

He also commended Ogala’s selfless service and dedication to the growth and development of Lagos state as a member of the state House of Assembly.

“As you celebrate your 60th birthday, I pray that God will increase you in good health to enable you to render more service to humanity.”

In other news, former Lagos state governor and national leader of the APC, Bola Ahmed Tinubu, has spread his wings to the northern part of the country as he funded an upgrade of the Arewa House Library in Kaduna state. 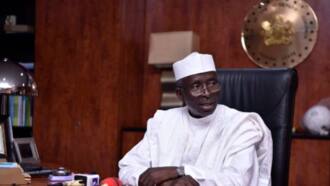 The kind gesture of Tinubu is contained in a statement made available to Legit.ng by the Lagos state government.

Governor Sanwo-Olu was represented by his deputy, Dr Kadri Obafemi Hamzat, at the commissioning of the upgraded Arewa facility in Kaduna state.