Gabriel Jesus was spotted boarding his private jet in Brazil with his girlfriend Raiane Lima after Copa America final loss to Argentina, The Sun.

The Man City star and the digital influencer were caught on camera holding each other before boarding the plane to go on their holiday trip to the capital Rio de Janeiro. 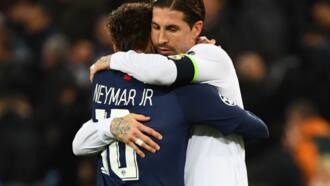 Lima was once accused of being married to Pernambuco state MP and tourism minister Rodrigo Novaes.

However, she denied all claims but admitted that they only dated for a short while when she was only 18-years-old.

The 20-year-old angrily told a local press in Pernambuco:

“We are single, free and anything else said other than that is gossip and cruelty.”

It is understood that Jesus and Lima.’s relationship is serious and it would be the second time the striker will be travelling to her hometown in Serra Talhada.

The 24-year-old has invested in race horses that do short distances and his recent post on Instagram proved he was an investor in the American Quarter Horse breed.

Jesus has failed to live up to the billing since joining City in 2017 and has been linked to join Serie A champions Juventus this summer. 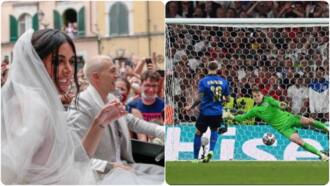 The departure of Aguero does not guarantee a place in Pep Guardiola’s squad next season as the Citizens are hoping to land Tottenham star Harry Kane.

Meanwhile, Legit.ng had earlier reported that Manchester City boss Pep Guardiola has admitted the club is finding it “difficult” to recruit a new striker because their transfer targets are too expensive.

Since the departure of Sergio Aguero, who has since joined Barcelona on a free transfer, City have been linked with a number of top forwards including Harry Kane and Borussia Dortmund’s Erling Haaland.

They had a £100million bid for Harry Kane rejected while Borussia Dortmund’s valuation of Haaland also seemed to have repelled City from the talented Norwegian.