Reactions have continued to trail the death of Chukwunonso Udala, the proprietor of Udala FC, who was killed by unknown gunmen on Tuesday, July 13.

Udala’s convoy was attacked by assailants and he lost his life during the incident as the football fraternity was thrown into mourning judging by his contribution of the late philanthropist to the development of football in Anambra state and Nigeria at large.

Nigeria’s Nationwide League One chairman Mohammed Alkali expressed sadness over the passage of the football stakeholder in his message to the family of the deceased. 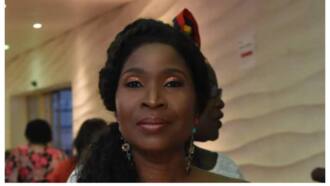 He said via Sports Bay:

“We condole with his family. His wife and children. We pray for God to comfort and strengthen them at this tragic period of immense loss of a loved one.

“This is a very sad incident. A very shocking one and we pray that God will give his family and loved ones the fortitude to bear this great loss.”

FCIU also condoled with family of Godsent Eriobu who doubles as the Team Manager and Secretary of the Anambra Independent Football League.

“Philip Udala and Godsent Eriobu have both demonstrated immense commitment and love for the round leather game which can be seen with their contributions in the past years till this moment with Udala FC securing the slot to play in the Nigerian National League (NNL). 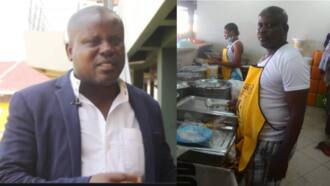 Man who once hawked pure water under hot sun becomes owner of a restaurant, his story finally changes

“The loss of these great football icons leave a bitter peel to swallow owing to the fact that they were staunch supporters of our brand and have occasionally watched our matches both at home and away grounds.

“At this difficult and very sad moment, we condole with Udala FC, AIFL, NNL, Chief Udala and Eriobu’s Families over the loss and pray for the repose of their souls.”

Meanwhile, Legit.ng earlier reported that Enyimba international players were said to have been attacked by supporters of Plateau United after their Nigeria Professional Football League matchday 29 fixture in Jos.

The game played at the Jos International Stadium on Sunday, June 27 failed to produce any goal after the regulation period and this got the home fans very angry.

Sources reveal they invaded the pitch and beat the players as well as the officials of the visiting team to the level of sustaining injuries.