Olivier Giroud has sent a heartfelt message to fans and staff of Chelsea football club as he moves closer to joining Serie A giants AC Milan.

The 34-year old World Cup winner is expected to sign a two-year deal with AC Milan, and has already travelled to Italy to finalie the move.

“To all the Blues, to my teammates, to all my coaches, to the whole club, a huge thank you for these special moments,” he wrote. 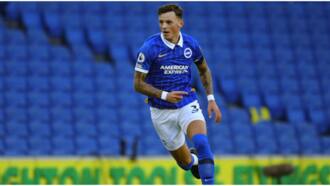 “Our victories in FA Cup, Europa League and Champions league have been magnificent.”

Giroud’s exit from Chelsea came as a bit of a surprise, especially because he only signed a contract extension last month.

He initially joined Chelsea from Arsenal for a fee of £18m in January 2018.

With the Blues, he has constantly started on the bench but still managed to bag 39 goals in 119 appearances with the club.

It was with Chelsea that silverware started coming in for Giroud, as he won the FA Cup, Europa League and Champions League at Stamford Bridge, all under different managers.

Giroud was also involved in France’s disappointing Euro 2020 campaign where they were knocked out by Switzerland in the last 16 on penalties after a 3-3 draw in regulation time.

AC Milan already have one player they have signed from Chelsea, Fikayo Tomori, whose £25m option to buy was activated after a six-month loan spell in Milan.

They finished second in Serie A last season, which secured a return to the Champions League after a seven-year absence.