A number of players of Easy Well Football Club were critically injured after the team-bus was involved in a ghastly motor accident on Saturday morning, July 17.

Newbreak are reporting that the driver of the vehicle was confirmed dead following the incident which occurred at Guru Bridge in Ibadan, Oyo State.

Nigerian outlet Best Choice Sport claimed that the squad was on the way for a scouting programme when the fatal incident occurred. 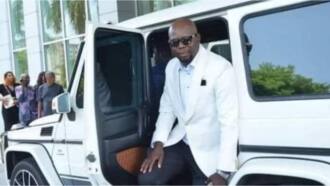 It was also gathered that team-coach Gafar Muhammed who is an ex-Nigeria professional footballer, was part of the traveling team when the road mishap happened.

The cause of the accident remains as details was not disclosed, but the injured players are receiving treatments in the hospital

Meanwhile, reactions have continued to trail the death of Chukwunonso Udala, the proprietor of Udala FC, who was killed by unknown gunmen on Tuesday, July 13.

Udala’s convoy was attacked by assailants and he lost his life during the incident as the football fraternity was thrown into mourning judging by his contribution of the late philanthropist to the development of football in Anambra state and Nigeria at large. 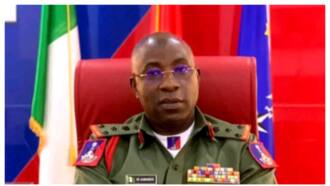 Nigeria’s Nationwide League One chairman Mohammed Alkali expressed sadness over the passage of the football stakeholder in his message to the family of the deceased.

FCIU also condoled with family of Godsent Eriobu who doubles as the Team Manager and Secretary of the Anambra Independent Football League.

Legit.ng earlier reported that Enyimba international players were said to have been attacked by supporters of Plateau United after their Nigeria Professional Football League matchday 29 fixture in Jos.

The game played at the Jos International Stadium on Sunday, June 27 failed to produce any goal after the regulation period and this got the home fans very angry.

Sources reveal they invaded the pitch and beat the players as well as the officials of the visiting team to the level of sustaining injuries.