Andrea Botez is a content creator and Twitch streamer. She is also the sister of Alexandra Botez, a five-time Canadian National Girls Champion and U.S. Girls Nationals winner. The siblings co-host BotezLive, a chess show in which they stream chess games.

A lot of people wonder, “Who are the Botez sisters? With the growing popularity of chess on Twitch, the game gained two new professional players: Alexandra and Andrea Botez. They play chess online and make it very exciting by responding to chat questions.

While Alexandra is already well-known on a national scale, her sister is just getting started as a social media personality, expanding to Twitch and YouTube with her entertaining content. The Twitch star was born in Vancouver, British Columbia, Canada. According to one of her videos, her parents are Romanian immigrants, and her father works as an engineer. They lived in an immigrant community in Oregon for a while.

Andrea has a sister named Alexandra. She rose to prominence as the Woman FIDE Master (WFM) and the winner of numerous prestigious championships.

What age is Andrea Botez?

Is Andrea Botez going to college?

Andrea Botez’s college decision was discussed in her YouTube video titled “Is College WORTH IT for a 19-year-old Content Creator?” The girl stated that she planned to take another gap year. Her greatest ambition a few years ago was to become a college student and live in a dorm. 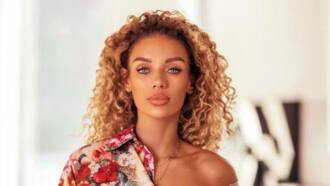 Nonetheless, the girl now finds it boring to be a typical student who attends classes, lives in a dorm, and spends weekends partying with her college friends.

Is Andrea Botez good at chess?

Yes, she is. The streamer, like her sister Alexandra, is an accomplished chess player. The Botez sisters launched BotezLive, a Twitch chess show, where they stream their games.

The Botez sisters were named a Dexerto Awards finalist for Breakthrough Streamer of the Year in December 2020. Although they did not win, the chess queens were given the opportunity to not only expand their fan base but also to work as content creators for Envy, a top e-sports and entertainment organization.

Sibi Blažić’s biography: what is known about Christian Bale’s wife?

They are now quite successful in the industry. Nonetheless, Andrea Botez’s net worth, as well as her salary at the company, remain unknown to the media.

The influencer is currently considered to be single. Her social media accounts hint that she is not in a relationship and not dating anyone.

How tall is the Twitch streamer?

Andrea Botez is now concentrating on advancing her career as a content creator. She works in that direction by self-studying the necessary materials. She recently launched a Fanhouse, where she shares life updates, photos, and behind-the-scenes content.

Legit.ng recently reported about the life of Zach Kornfeld. He is an American actor, producer, and social media personality. He rose to prominence as a member of the band The Try Guys. 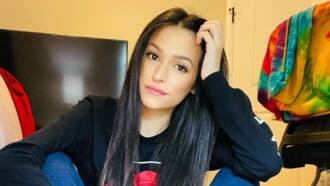 When he was a child, he began making short videos. Many years later, this hobby became his profession. Zach was employed as a production assistant. Aside from that, he worked as a comic book writer.