It appears Nollywood actress Mercy Johnson-Okojie may have a budding photographer among members of her family.

Just recently, the movie star took to her Instagram page with a video that was recorded at a photoshoot session she had. Apparently, the actress showed up to the spot with her daughter, Purity, and the young lady was sure to offer a helping hand. 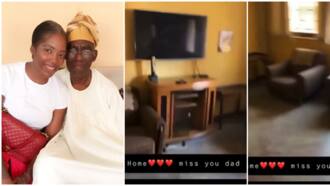 In the video posted, Mercy was spotted directing her daughter who had been given a camera. This was followed by the doting mum posing properly and letting the amateur photographer do her thing.

From indications, the shot Purity captured wasn’t as bad as the proud mum was seen gushing over the picture.

As expected, the video got fans and followers of the Nollywood star talking in her comment section.

Read what some of them had to say below:

“You’ll soon have your very own photographer.”

“Best Photographer of the year.”

“Make sure you print and post that particular pic. She snapped you @mercyjohnsonokojie the media needs it.” 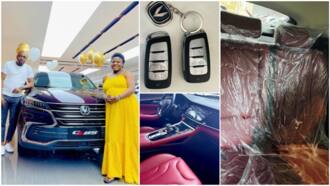 Some days ago, Legit.ng reported that the actress took to social media with an interesting update about her daughter Angel’s education.

Mercy disclosed that her little girl has completed her elementary education and is now ready for primary school.

Mercy and her husband, Prince Odi, were seen congratulating the little one who was dressed in a cute gown for her graduation ceremony.