The Center for Inquiry Investigations Group (CFIIG) is willing to give the sum of $250,000 (N102,990,000) to anyone who can “show, under scientific testing conditions, significant evidence of any paranormal, supernatural, or occult power”.

Legit.ng gathers that CFIIG, which is located in Los Angeles, California, United States, is the world’s largest paranormal investigation group. Recruitment: NSCDC shortlists 6,500 out of 1.4m for final screening

According to the statement on the group’s website, the CFIIG will work with the applicant in designing the test protocol and defining the conditions under which a test will take place.

The statement read in part:

“CFIIG representatives will then administer the actual test. In most cases, the applicant will be asked to perform an informal demonstration of the claimed ability or phenomenon, which if successful will be followed by the formal test.

“The CFIIG conducts demonstrations and tests at CFI West in Los Angeles, California, in the San Francisco Bay area, or in special circumstances at one of our affiliates around the world.”

Who gets what and how?

Participants who cannot test their ability online will have to fly to the CFIIG in Los Angeles, the CFIIG in the San Francisco Bay area, or to one of the group’s pre-approved field investigators. Travel expenses will be covered by the participants. 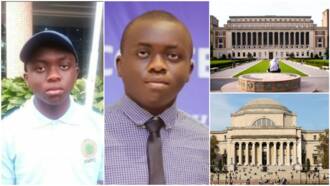 Boy who had highest UTME score in 2019 gets scholarship from American school, sets to relocate abroad

How to register for the challenge is stated on the group’s website.

Legit.ng previously reported that popular socialite, Dencia, shared her thoughts on Africans, especially those abroad who were not proud to showcase their use of black magic also known as juju or jazz.

According to the singer and beauty entrepreneur, white people in Los Angeles practiced the use of juju full time without any feeling of shame.

Dencia said that Africans on the other hand hid theirs while the blacks and Caucasians abroad go as far as giving their juju regular names like Susan.