A young lady has publicly renounced feminism in a video in which she could be seen breaking down in tears.

In a video that was shared on Instagram by @instablog9ja, the unidentified lady said she is desperately in search of a husband because she has missed out on marriage and childbearing. 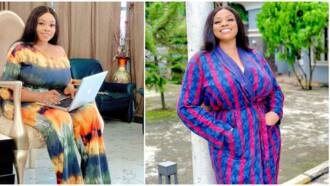 According to the lady, she is so jealous of women whose husbands are faithful and take good care of them.

She realised that her feminism her blocked men from approaching her and she decided that it was best to renounce it.

“I missed out on marriage and on children and now I’m at a point in my life like I’m so bitter, I’m so jealous of people who are married and so happy because their husbands don’t cheat on them. Men are just the best. Right now is when I’m realising that I can’t do without them.”

The kind of man she is searching for

The young lady said she doesn’t care if the man is rich or poor, tall or short, adding that all she wants is a man who is breathing.

“I don’t care if you are rich or poor, tall, dark handsome, ugly, I don’t care, as long as you are a man and breathing. That’s the only qualification I need because I’m just so desperate for a husband. I’ve got a lot of depression around me.”

The young lady promised to be obedient to her husband, adding that she would bear his children and wash his clothes.

“My dear don’t cry. It’s good you came to the realization. You will see your husband.”

“The truth still remains marriage is the most beautiful thing in this life don’t play yourself.”

“May God grant her heart desire and give her what she truly wants. It must have been really hard for her to gather the courage to make this video.”

“You’re a misandrist ma’am not a feminist.”

Legit.ng previously reported that a young Hausa lady identified as Salmerh Umar took her search for a husband to social media as she urged Nigerians on Twitter to pray for her.

Salmerh, who is from Gombe state, shared two pictures of herself on the microblogging site to let people know how beautiful she is.