The 22-year-old Africa’s most expensive star scored the only goal of the game in the 26th minute through an unstoppable header with Amir Rrahmani responsible for the assist for the goal.

Although he had a chance to double his tally in the second half but failed to hit the target after receiving a superb pass from Manuel Politano in the 56th minute. 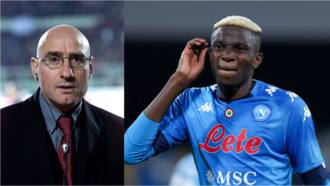 What Napoli boss said about Osimhen

After the match, Spalleti told the club’s official website that the Nigerian star is an important player to his team as reported by Complete Sport. He said:

“Osimhen is a striker who has the ability to transform every ball that comes his way into chances.

“He is a generous player who runs a lot and every now and then this intense race can cause him some mistakes, but he is an important player, complete and we aim a lot on him.”

The former youth international scored 10 goals and three assists in his debut season for Napoli after joining them in a mega-money move from French League side Lille last year.

Osimhen scores four for Napoli in a test game 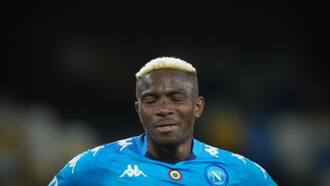 Legit.ng earlier reported that Super Eagles striker Victor Osimhen has started his pre-season campaign with Italian giants Napoli on a brighter note netting four goals in their perfect win over Anaunia in a friendly tie.

The encounter which occurred on Sunday evening, July 18, at Di Mario saw Victor Osimhen scoring his four goals in the first half as Napoli recorded a 12-0 win.

Osimhen has now sent a tough signal to all defenders in the Serie A that he is ready to soar with Napoli when the coming season begins.