A young Nigerian boy, Muhammed, has wowed many with his rap song in which he lamented the problems Nigeria is facing.

In the video that was shared on his Instagram page with the handle young_md1, the boy could be seen with some almajiri-looking boys as he showcased his creativity in Hausa language.

The young rapper said Nigeria is supposed to be a leading country but unfortunately the reverse is the case. 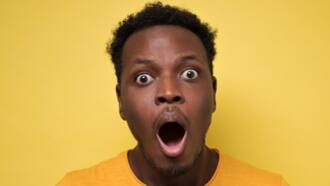 He also hammered on the insecurity in the north and urged the federal government to do something about the menace.

Many commend the young rapper

Many have taken to the comment section of the video to commend the boy after a Nigerian man, Yushau Shuaib, shared it on his Facebook page.

“Rapper of the year honestly.”

“inspiring, we got hope nationally if our children think like this… The adults have failed..”

“Probably a Lagos Hausa boy. Hausa is a beautiful language.”

“This is a post about an inspiring story. It should ordinarily attract so many comments and likes. Where are the trolls that usually insult people on your posts? Don’t they appreciate creativity? Anyway I say kudos.” Legit.ng previously reported that two little boys warmed the hearts of Nigerians on social media after a video of their freestyle was posted on Instagram.

The boys, who are from the southeastern part of Nigeria, could be seen singing and rapping to a beat.

Many young children have been displaying their talents and proving to the world that creatives abound in every nook and cranny of the country.

Lawmaker stabbed to death at meeting with constituents in UK

Lawmaker stabbed to death at meeting with constituents in UK