The All of the Lights hitmaker played some of the tracks that will be on the new project to a full crowd at the Mercedes-Benz Arena in Atlanta. It has been reported that most of the musician’s fans live-streamed the event from the comfort of their homes via an Apple Music live stream. 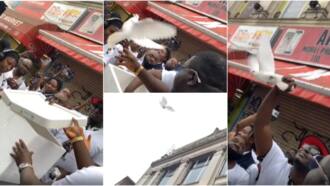 Complex reports that according to TMZ, the event broke the Apple Music Global Livestream record. The publication revealed that 3.3 million people streamed the party. The new record surpassed the 1.8 million viewers who watched Jeezy and Gucci Mane’s Verzuz rap battle.

Pitchcork confirmed with an unnamed representative that Kanye will drop Donda on 6 August. Social media users shared mixed reactions to the news.

Check out some of their comments below:

“@DIDI_MONSTER_ you can’t say Drake is better than Ye.”

“…as the biggest waste of people’s time & money of ALL TIME…!”

In related news, Legit.ng reported that Kanye West and Jay-Z have finally dropped a new song together. According to reports, it looks like the two hip-hop moguls have patched up their rocky relationship. The new song is part of Kanye’s highly-anticipated album, Donda. Many people went into a frenzy when they heard Jay-Z’s verse in the song. 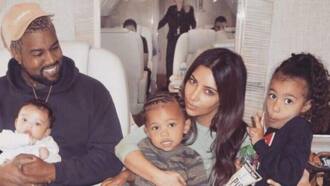 Kanye West held a listening event for Donda at Atlanta’s Mercedes Benz Stadium on Thursday night, 22 July. The Dirt Off Your Shoulder hitmaker features on what seems to be the last track on the upcoming album.

According to Complex, Jay-Z even teased a possible sequel to their 2011 collaborative project, Watch the Throne. Music lovers took to Twitter to react a snippet of the song posted by tweep @davesaitama.