A Nigerian pastor identified as Juliet Olele has put a smile on a 72-year-old widow’s face as she built her a house after she was abandoned by her son.

The pastor who extended the kind gesture through Comforter’s Hand of Care Foundation she founded had earlier visited the woman at her dilapidated wooden home.

How it all started 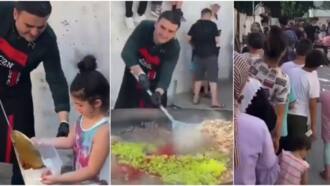 In the video she shared on Facebook by a Nigerian man identified as MC see gobe, the pastor assured the septuagenarian that she would pull down the dilapidated house and build a better one for her.

The elderly woman couldn’t hide her joy upon hearing the promise and she kept thanking the Christian cleric. She also prayed for her.

Before leaving, Pastor Olele gave the woman a white enveloped stuffed with cash, saying it was a gift from one of the foundation’s partners.

She fulfils her promise

The pastor fulfilled the promise she made to the widow as a beautiful house was built for the latter.

People danced and rejoiced during the housewarming.

Pastor Olele said God gave her the mandate to put smiles on the faces of widows and the less privileged.

“I believe God gave me this mandate to put smile on the face of widows, the less privileged and to those who do not have a roof over their head to be a mother to them, and by the grace of God, this vision has become a mission and we are good to go.” 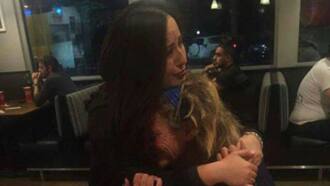 Many react to the kind gesture

“May the Lord remember you in your own time of need in Jesus name amen.”

“One of the reasons why I am childfree! Cuz instead of some children to alleviate ur pain, they make u cry in old age! This is one example! Person wey no born and this mama who is better off? Food for thought!”

“Thank you sister, may the oil of favour fall upon you and you will never ever run dry or lack anything in life in Jesus mighty name amen.”

“Daughter of Zion may God almighty protect and guide you amen, more blessings.”

Legit.ng previously reported that in the Meru culture, a boy is not supposed to share a house with the parents after initiation stage, especially if the house is small. 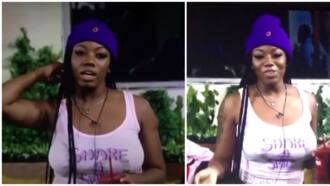 BBNaija 2021: Angel, housemate with 11 tattoos shares her struggles in life

So, when Rosemary Murithi’s nephew Brian Mutugi lost his mother in 2005 at a tender age, a big chunk of his dreams wafted away into thin air.

Things got worse when he got into high school and became a laughing stock of fellow students because he had nowhere to invite them for group discussion when it was his turn.