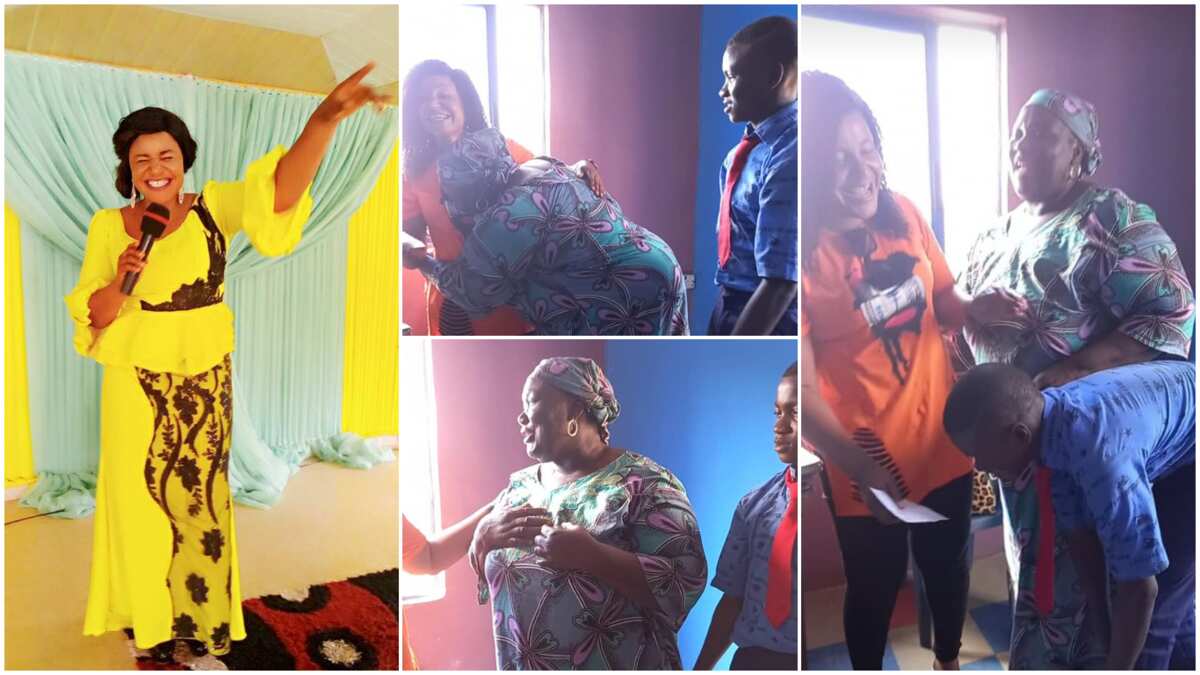 A female Nigerian pastor identified as Juliet Olele has put smiles on the face of a widow as she lightened her financial burden.

In a Facebook post, Juliet revealed that the mother of many has been struggling to make ends meet by doing odd jobs like washing neighbours’ toilets.

Despite her hard work, the woman was unable to pay the examination fee of one of her kids who was in JSS 3.

The pastor stepped in with her NGO called Hand of care Foundation and settled the examination fees.

Both the mother and kids were grateful as they thanked the good Samaritan for what she did. Pastor Juliet said taking care of the needs of the less privileged is the focus of her NGO.

Meanwhile, Legit.ng earlier reported that a Nigerian man who had a rough childhood and could not get what he wanted as a kid has put big smiles on the faces of public students.

Chinedu Junior Ihekwoaba said that he remembered that he was once sent out of school for a $29 (N11,041.75) fee because his mother could not pay.

Chinedu disclosed that because he did not want people to know he was not going to school, he would dress in his uniform every morning and hustled instead.