Jose Mourinho has shown that he will not entertain any form of sluggish attitude from his Roma players next season.

The 58-year-old manager was spotted giving a young academy player Ebrima Darboe a piece of his mind during their friendly match against Debrecen – a match they won 5-2.

A brace from Edin Dzeko and one each from Borja Mayoral, Lorenzo Pellegrini, and Nicolo Zaniolo handed the Serie A giants the triumph.

However, a few weeks after joining the club, Mourinho is still putting his squad together with the hope of discovering new talents from the academy. 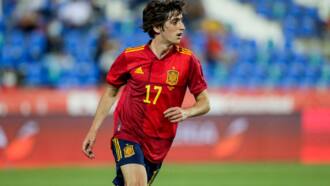 But the former Real Madrid handler wasn’t really impressed with the Gambian youngster whose freekick failed to reach its target and he yelled at the player as reported by Spanish news outlet Marca.

Meanwhile, regardless of the ‘Special Ones’ reaction to his players, he has guided them to four wins in games so far this pre-season.

But, they will face two big challenges in the form of Porto, on July 28, and then play Real Betis on August 7.

Why Jose Mourinho is introducing technology into his training sessions

Legit.ng earlier reported that Jose Mourinho only took the AS Roma job a few weeks back but the ‘Special One’ has already taken his training session to another level. 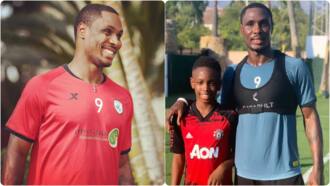 The 58-year-old Portuguese-born tactician introduced drone technology which allows him to show his players their mistakes in real-time.

Mourinho was said to have requested for the big size screen at the Trigoria training complex including a personalised Rome drone to hover above the pitch to film his squad.