Nollywood actress, Eriata Ese has sparked reactions after she highlighted importance of dressing like a married woman.

Taking to her Instagram story channel, she revealed the kind of resoecyt she commands just by covering up her body.

Eriata in her post wished that she was a married woman, because according to her, the kind of respect she got with an outfit which made her look like a rich man’s wife was shocking. 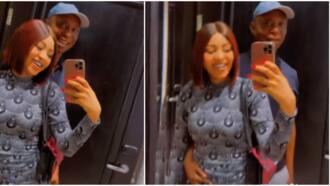 Regina Daniels blushes as Ned Nwoko wraps hand around her waist, draws her closer to him in loved-up video

She continued by taking back any time she ever mentioned that marriage is not an achievement because it puts women on a different pedestal.

The movie star then admonished women on dressing how they want to be addressed so that they can command respect and avoid insults.

“Just dress well if you desire to be addressed with respect. E no consign marriage.”

“Decency and modest will never go out of fashion.”

“She is right, you are addressed by your appearance.”

“Just dress with morals you’d get respect, you don’t need to be married to dress with respect.”

“Well, dressing has nothing to do with marriage. I’m not sure how the two points correlate. Dress responsibly!”

“Did she lie? There’s nothing dignifying about a grown woman dressing like a street girl! Classy and decent is the way, but watch slay Queens attack her!” 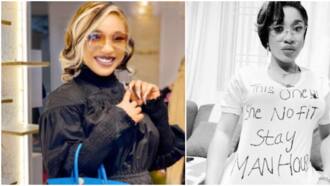 The movie star shared her thoughts while reacting to a social media post where someone noted that Pero usually shared photos of 2baba with his children whenever he visited them.

According to Ese, it is wrong and very disrespectful for a baby mama to be posting photos of her married baby daddy.