Taking to her LinkedIn page, the lady said that she never wanted to study biochemistry. Her initial plan was to read medicine and hoped to one day be addressed as a doctor.

Ruqayyah also revealed that schooling at LAUTECH was also not her first choice. She accepted the admission because she was eager to start school. 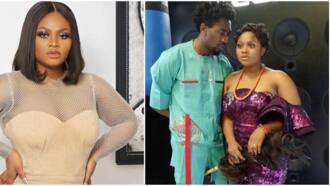 I need all the love, support I can get right now: Tega talks about the shame, sadness of her action on BBNaija

The lady revealed that no one had ever graduated from the department with a first class degree. When her 100 and 200 level results came out, she was motivated to strive harder.

In a Facebook post by Elufowora Eluyemi Lateef, she said that she never expected first class would be possible as she cried when her CGPA went down. The lady even told her dad that she was giving up.

The lady revealed that she was one of the two people in the department who broke the almost two decades old jinx.

Ruqayyah stated that she is presently looking for scholarship opportunities for her post-graduate studies. I backed my baby in UK, 5 oyinbos came to me to teach them – Nigerian lady shares photo

Below are some of the reactions to her posts:

“You’re a champion, few of my sets back then at biochemistry were able to graduate with us talkless of the grades lol.”

“Well done… For any scholarship you are doing I can connect you with people to help review your essays. Please let me know when you are ready.”

“Truly is not easy to achieve that in LAUTECH if we consider some problems we do face there ….. But Alhamdulilahi you made it likewise others too…”

“Love this, it is inspiring. Congratulations dear. Keep the ball rolling.”

Meanwhile, Legit.ng earlier reported that a Nigerian lady, Halima Yayajo, made a great achievement in Gombe State University, packing a total of nine awards to herself. 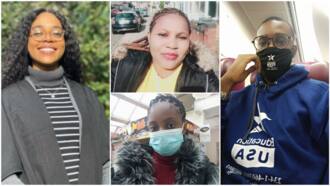 She once borrowed school fees: 5 young Nigerians who got scholarships to European universities in 2021

A Facebook user, Fadilat Idris, claimed the lady broke a record in the university as she attached some of the plaques that were given to her.

Halima, among many feats, emerged as the best student in medical biochemistry, histopathology, community medicine, clinical pharmacology, and anaesthesia.